What kind of food one should try in NZ?

For a tourist how’s the food scene compared to other countries. What to try and what pass?

Interactive mind map for new and aspiring immigrants about life in New Zealand
jasmine March 28, 2020, 8:10am #2

Here you will find a world of things you might never have experienced before along with plenty of the comfortingly familiar kind too.

Seafood is a big thing here…well it would be wouldn’t it; an island nation with thousands of kilometres of coast and waters simply teeming with life. Expect fresh as it gets fish everywhere especially if you are somewhere beach-front but don’t expect to recognise all the names. Not to be missed is the crayfish . If you’ve always been a little underwhelmed by lobster this sweet and succulent variety will blow your mind. And if you can’t afford the prices in the shops and restaurants get some kindly local to show you how to catch your own. 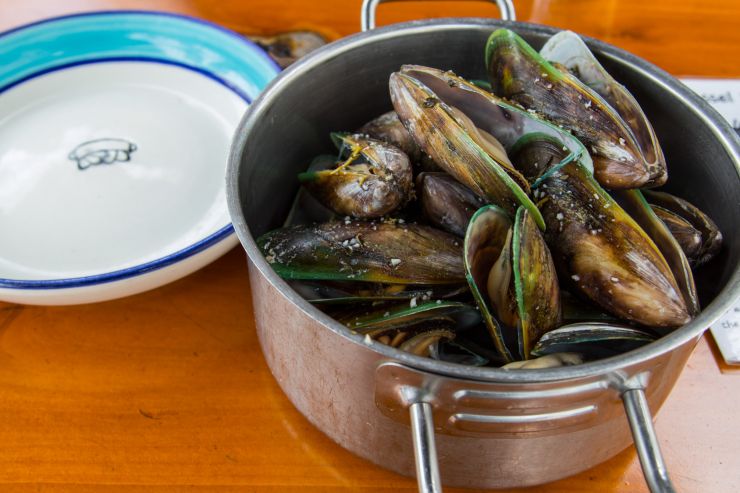 Green-lipped mussels are also a New Zealand thing and quite possibly the biggest mussels you might ever have seen. The oysters grown in farms in Bluff and then distributed countrywide are considered top-notch by those who know about such things. Whitebait fritters are another Kiwi favourite while in the Northland you may come across folk digging about in the sand for tuatua – a small cockle-like shellfish. For something completely different try your taste buds on kina (sea-urchin to the majority of us) or paua . Paua, also known as abalone, is that beautiful greeny blue iridescent shell you will see everywhere and while many consider it a major delicacy others liken it to eating old tyres. You decide which camp you fall in to.

Prime lamb, top-notch beef and fresh locally grown produce in general is found everywhere and incorporated into much of the cuisine available. A Sunday roast is a Kiwi staple so all of you from the UK can get your full roast fix far from home.

As far as fruit and veg (or veggies as they are known here) go, expect to find a whole bunch of things sitting in the supermarket which will be totally unfamiliar to you. Super common and found in different coloured varieties is the New Zealand staple known as kumara – a kind of sweet potato brought to the country by the Maori as they migrated from Polynesia.

Fish and chips are another Kiwi favourite which will keep the travelling Brits happy because this is just like you’d get at home although there are a few differences as well. The most commonly used fish are snapper, terakihi and hoki which you might not be familiar with while scallop, squid rings and paua fritters (see seafood) are typically included on the menus too. If you want to do it the Kiwi way, grab your fish and chip wrap, a couple of cold beers and then sit at a beautiful beach as the sun goes down.

Pies – You might think you know what a savoury pie is but it’s unlikely you understand the true meaning of the word until you have visited New Zealand. The hot pie is perhaps THE favourite snack of Kiwis so expect to find them everywhere – in warming cabinets in petrol stations, pubs, cafés, bakeries and supermarkets and there are even whole shops dedicated to the pie concept. Traditional favourites such as steak and mince are common but so too are all kinds of marvellous combos, including vegetarian options, which you might never have thought of putting together. Cranberry, cheese and turkey pie anyone? 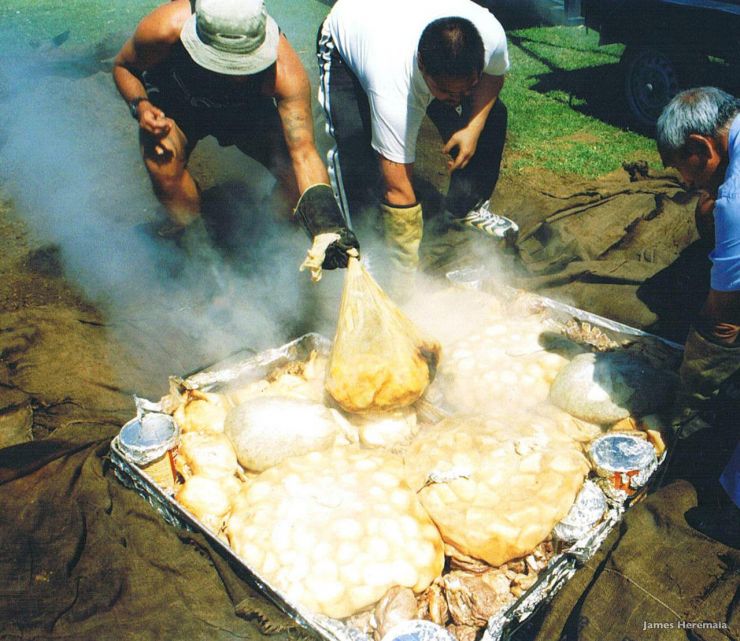 The Hangi – literally means earth oven and is a 2000 year old food preparation method traditional to the Maori. All kinds of feasts are served after using this ‘heated-rocks-buried-in-a-pit’ way of doing things. So much so that the word hangi has become synonymous with the word feast itself. Hangis, these days, are typically associated with special occasions and celebrations. If you’re super lucky you’ll make yourself some Maori buddies during your travels and find yourself a guest at such a feast. Otherwise you can sign up to a one of the tours – most common in and around Rotorua – where a hangi experience is all part of the cultural themed adventure.

Honey, and more specifically Manuka honey , is a New Zealand speciality. Honey connoisseurs can fill their boots (not literally of course) with a vast range of products which go from the one-man-and-his-bees type set up to mass production of some of the finest honey found anywhere on the planet. The evergreen tree known as manuka is native to New Zealand and after the bees have done their thing with the intensely scented flowers of this tree it is made into a range of products. There is honey to eat of course but also all kinds of potions and lotions with incredible properties - not least of all the ability to soothe the bite of sand-flies.

The Pavlova and other sweet things – just in case you don’t know what a Pavlova is, it’s a crispy-on-the-outside meringue-based heap of yumminess topped with fruit and usually piled with cream too. It is almost certainly the Kiwi’s most beloved dessert, whipped up by mums and grans the country over for occasions both formal and informal. What is less certain are its origins – Kiwis tell you it is their invention while Aussies loudly defend their own claim to the dessert. Whoever invented it – it’s wonderful. Bakeries are everywhere – even the tiniest towns usually have at least one – where glass cabinets and cake stands display an almost bewildering range of sugary delights of all kinds. And the nation’s favourite ice-cream? Hokey pokey …which to the rest of us is more usually called honeycomb. And just a quick word concerning what Brits would call sweets and US folk call candy – here the generic term is lollies. To Brits, a lolly is a type of confection on a stick, usually frozen, so you can see there might be some confusion. Aren’t you glad we told you?

Wine – New Zealand has 10 major wine-producing regions as well as laying claim to the world’s southernmost vineyard. These days, the wine produced here is global award-winning many times over and lauded worldwide by those who know about such things. Craft beer – for those who prefer their drinks in pints rather than in glasses with stems you might be pleased to know New Zealand has a thriving and ever-expanding craft beer scene with some excellent micro-breweries supplying liquid perfection. Some pubs in the bigger cities even dedicate themselves to the whole theme with so much variety on offer you couldn’t work through it in months, even if you consider yourself a hard-core drinker.

Coffee – Kiwis in general are the easiest going people in the world but there are a few things you don’t want to be found questioning their superiority on; one is certain sports and another is their coffee. New Zealand has a very established café culture with Wellington considered its epicentre by most. Try walking more than a few steps here without stubbing your toe up against an espresso machine. The bottom line is you will find top-notch coffee served here by world-champion baristas (and yes there is such a thing). L&P – Short for lemon and paeroa, this Kiwi manufactured sweet, soft drink in one of those ‘world famous in New Zealand’ products. You’ll find it everywhere.

Food courts – These will typically be found in shopping malls in the big cities and occasionally at dedicated (and often for some unknown reason, below street level) areas. They usually consist of a centre mass of tables and chairs surrounded by cubicle-sized eateries offering all kinds of ethnic themed cuisine – Thai, Indian, Chinese, Japanese, Vietnamese, Italian, Greek, Korean and just about anything else. Almost always of the no-frills variety dining, usually cheap and with mammoth-sized portions and often wonderfully good.

A final word – be aware that anything food related which is not produced in New Zealand and has to be imported often has a hefty – even extortionate – price tag attached.