According to the figures released, the INZ’s Mumbai office received a total of only 22, 28, 20 and 30 applications in the months of December (2019), January, February & March (2020) respectively, under the Culturally arranged marriage visa category.

What it means it that such applications amount to less than 0.01 per cent of all applications under partnership visa category.

This clearly confirms that the changes made by the former Immigration Minister in October-November 2019, with much fanfare, was not the right solution to a problem.

INZ has also confirmed that not a single visa was decided under this new category, pointing to the fact that the government had no understanding of this complex and systematic bias against the Indian marriages within NZ immigration system. 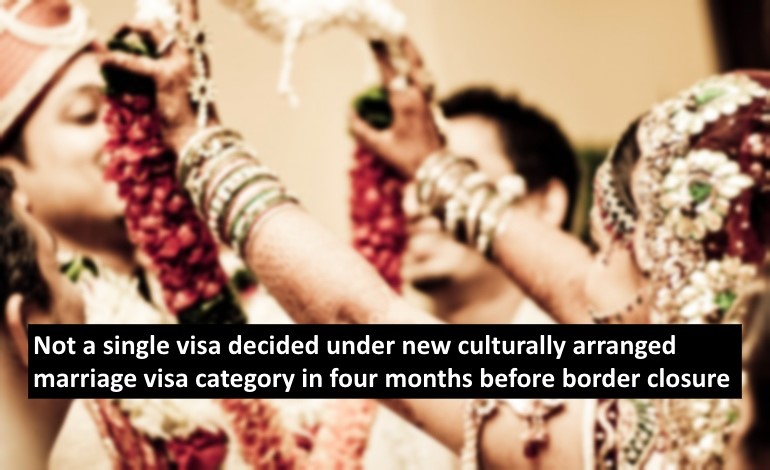 This amounts to less than 0.01 per cent of all applications under partnership visa category were under a culturally arranged marriage visa category.